What’s it like being editor of Yorkshire’s national newspaper?

James Mitchinson has been working for the same newspaper group since 2002, after he graduated from the University of Lincoln with a first class degree in English Language and Literature. Starting as a trainee journalist on the Worksop Guardian, he moved to the Sheffield Star and in 2016 was appointed Editor of The Yorkshire Post.

‘Yorkshire’s National Newspaper’ traces its history back to 1754, adopting its current title in 1866. Under James’ leadership, The Yorkshire Post was awarded – for the first time in its history – ‘Most Trusted Newspaper in Britain’ by industry watchdog PAMCo.

How does a newspaper editor maintain continuity with traditional values while responding to and even anticipating changing expectations of audiences, technological developments and the political environment?

Michael Meadowcroft explored with James Mitchinson the job of an editor in the business of managing multiple challenges and keeping news flowing to readers in Yorkshire and beyond.

A report of the event appeared in the newsletter of the National Union of Journalists: 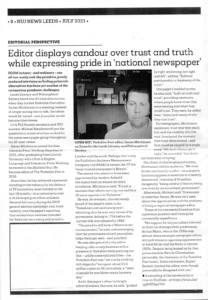 Here is the Yorkshire Post Editor in relaxed, candid and wide-ranging conversation with Michael Meadowcroft: 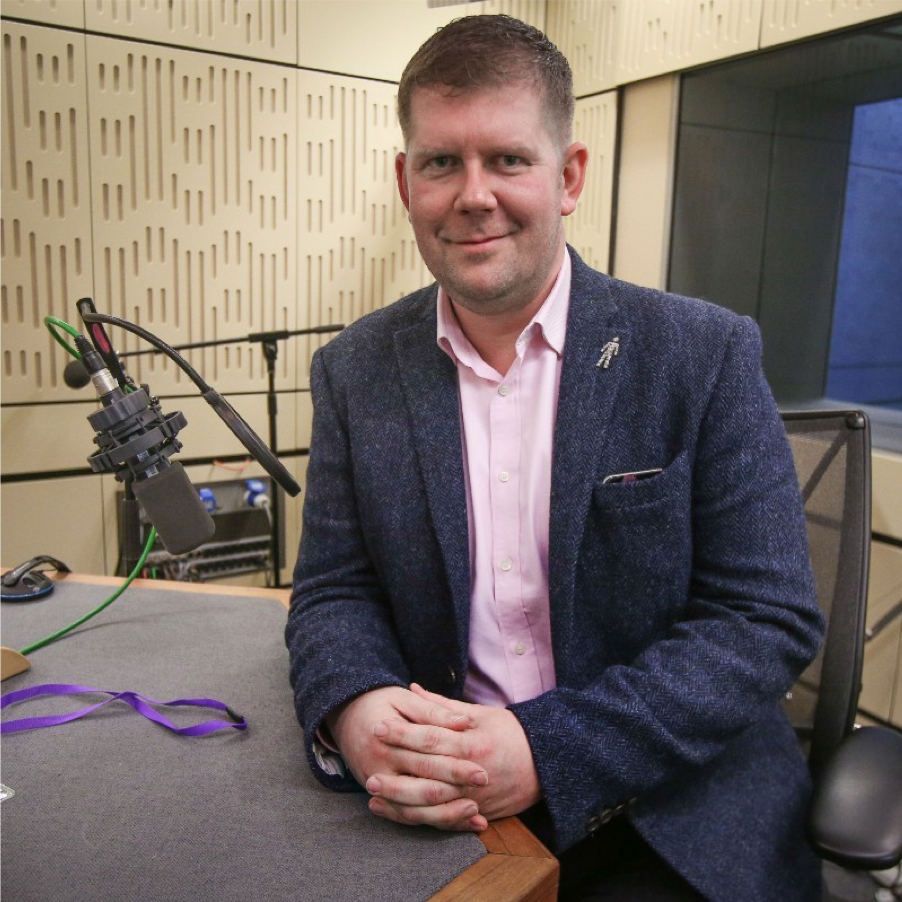