Professor Nicholas Tosca talked about the scientific motivation for the Mars mission and the potential consequences of the findings.

Why go to all the trouble and expense of an unmanned mission to Mars to gather imagery and collect samples of Martian material? Here on Earth, rocks have been subjected to substantial disturbance from weathering and plate tectonic movements. It means there is very poor evidence of the presence of very early life forms on our own planet. Sedimentary rocks on Mars have largely retained their structures, so it is hoped that Martian samples might contain the signatures of primitive life in the form of the vesicles of fatty acids which would date back 3.5 to 4.2 rs. On the Earth all such ancient remains have been long destroyed.

Professor Tosca described the Perseverance Rover, including showing a video of its touch down on the surface and its path to where suitable rocks on the edge of the remains of a primitive lake in the Jezero Crater might be found. He described the various instruments carried for measuring surface properties and the device for drilling into chosen rocks and depositing the powdered material into containers which would sit on Mars until the “rescue mission” eventually arrives and returns them to Earth for detailed laboratory analysis.

Finally, there was a quick update on recent and future activities of the project team.

Scroll down for recording. 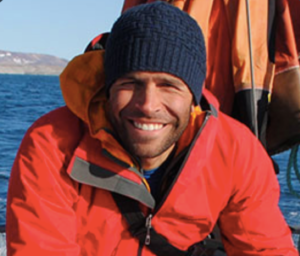 Nicholas Tosca is a professor of mineralogy and petrology at the University of Cambridge. His research focuses on unravelling the processes that shape planetary surfaces and their environments over time. Professor Tosca’s research group uses analytical, experimental and theoretical approaches to understand how sediments and sedimentary rocks on early Earth and Mars record aspects of paleo-climate and habitability. Dr Tosca served on the International Mars Sample Return Objectives and Samples Team (iMOST), the NASA-ESA Mars Sample Return Planning Group.

As a graduate student, he was one of just two people in the room when the first images of Endurance Crater were returned on the big screen – the first time a Mars Rover peered into an impact crater.