Astbury Conversation – Zooming in on the Molecules of Life

This event is organised by the University of Leeds as part of The Astbury Conversation, a two-day event to promote discussions of the latest innovations in structural molecular biology. It brings biochemists, biologists, physicists and chemists together from across the globe. We are invited to join the public lecture.

The link here is for a real event. If you want to attend virtually this is the link for booking: https://www.eventbrite.co.uk/e/274959450117

Richard Henderson is a molecular biologist and biophysicist who was awarded the Nobel Prize for Chemistry in 2017 for his contributions to the development of cryo-electron microscopy – a technique that uses electrons to determine the structure of molecules – and was the first to solve the structure of a protein found in the membrane of a cell.

Using X-rays to analyse bacteriorhodopsin, a light-harvesting protein found in tiny microbes, Richard discovered that it was composed of helices. Then, in collaboration with neuroscientist Nigel Unwin, he uncovered the three-dimensional arrangement of the helices within the bacterial membrane using electron microscopy — pioneering the powerful technique’s use to study biological molecules. Their model was published in the journal Nature.

His vision, that electron microscopy could be used as a general tool to solve protein structures without needing crystals, took the best part of 40 years to come to fruition, but his achievements have transformed biology.

Richard has worked at the MRC Laboratory of Molecular Biology in Cambridge since 1973, and was its Director from 1996–2006. Richard is a Fellow of the Royal Society, and was awarded the Copley Medal – the Society’s highest honour – in 2016.

In 2017, he was awarded the ultimate scientific accolade, sharing the Nobel Prize in Chemistry with Jacques Dubochet and Joachim Frank “for developing cryo-electron microscopy for the high-resolution structure determination of biomolecules in solution.

Tickets are free, and available on a ‘first come, first served’ basis. 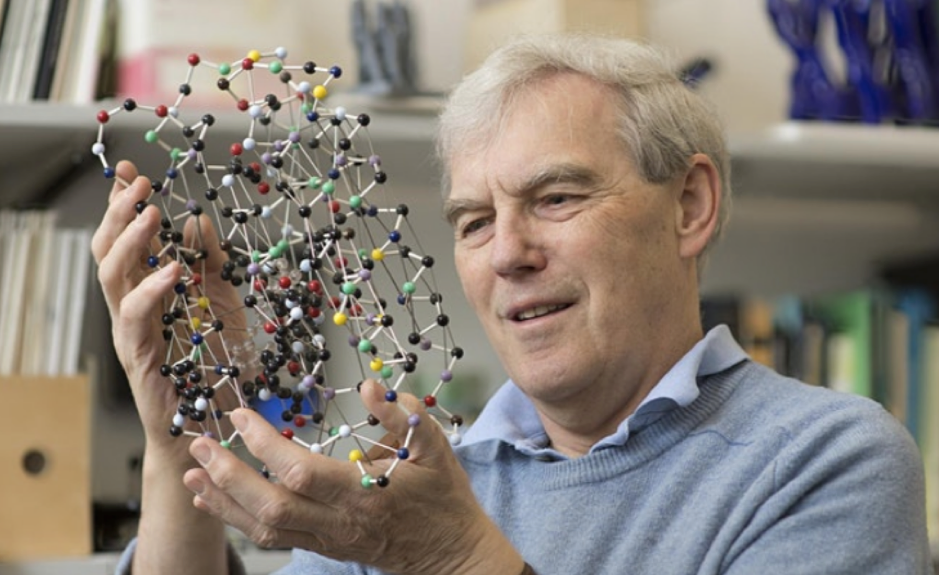